If you’re celebrating a September birthday, you’ll be pleased to know that there are many reasons to be proud of your birthstone. The sapphire, one of only four true precious stones, has been highly sought after since ancient times. It is valued not only for its beauty and symbolism, but also for its practical use. Let’s take a closer look at what makes this birthstone so popular.

What Makes a Sapphire

The sapphire is one of three varieties of corundum; the other two are the ruby (when red) and padparadscha (when pinkish orange). Although sapphires are most commonly associated with a piercing blue color, the presence of trace elements can also form yellow, orange, green or purple hues.

Sapphires are the third-hardest mineral, with only diamonds and moissanite ranking higher on the Mohs Scale. They are visually unique as well, thanks to their needle-like inclusions (called asterism). In fact, shining an overhead light on certain stones makes a six-pointed star appear within the stone.

While sapphires can also be produced artificially, they are primarily mined in Sri Lanka, India, Australia, Madagascar and the United States.

According to the Gemological Institute of America, sapphires have traditionally symbolized nobility, truth, sincerity and faithfulness, and have been regularly associated with royalty and romance. Prince Charles offered a blue sapphire ring to Lady Diana for their engagement.

And while sapphires have been known to grace the fingers of royalty, odds are there’s one in your pocket right now. Since sapphires are extremely scratch-resistant and highly transparent to certain wavelengths of light, they are widely used in electronics. Sapphire ‘glass’ is used to cover the Apple Watch display and the rear camera in newer iPhones. They are also used in grocery store barcode scanners and even in some body armor suits used by the military.

Whether you’re drawn to its historical significance or its high-tech uses, the sapphire is a birthstone that will make you proud. 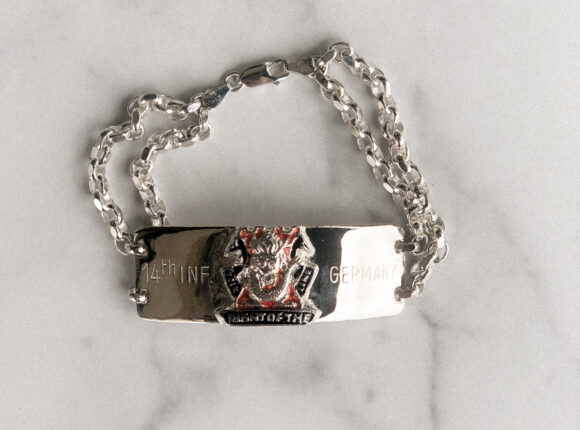 From the Battlefield to the Bench

This original World War II Infantry ID bracelet came to us in the hands of a young man who had just inherited some of his late grandfather’s jewelry. Unsure of whether he wanted to replicate or restore the original piece, he ultimately decided to go with recreation in order to prevent damage to the original. …
Read This Story

4 Incredible Facts About the Diamond

Diamonds truly are amazing. Not only are they the hardest substance that we know of, but people have been attracted to their brilliance and diversity for thousands of years. And while the list of interesting details about this gem could fill a book, there are a few facts that might leave you scratching your head …
Read This Story